Swift, deadly and affordable, Jackson® JS Series guitars take an epic leap forward, making it easier than ever to get classic Jackson tone, looks and playability without breaking the bank.

Crafted for the southpaw, the JS Series Dinky™ Arch Top JS32 DKA LH has a poplar body with arched top, bolt-on maple speed neck with graphite reinforcement and scarf joint for rock-solid stability. Hosting 24 jumbo frets and sharkfin inlays, the 12”-16” compound radius amaranth fingerboard gradually flattens toward the heel from its more rounded profile at the nut. This makes for comfortable and natural-feeling chording and riffing near the nut, with optimal shred articulation and bending nearer the heel.

A pair of Jackson high-output humbucking pickups with ceramic magnets cranks out clear tone with plenty of girth, and can be shaped with a three-way toggle switch and single volume and tone controls.

A type of neck constructed with a scarf joint for an angled back headstock, which in turn increases the tension behind the nut eliminating the need for string trees and/or string retainer bars. The bolt-on neck joins the neck to the body of the guitar with screws or bolts, allowing for more control, attack and sustain. 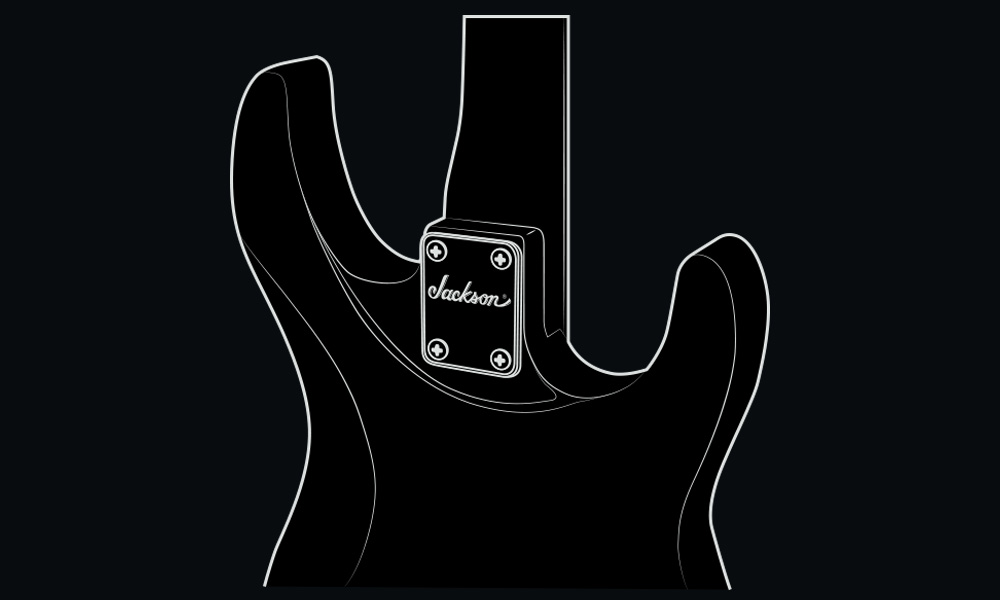